Music is my passion. I have had a love for sound ever since I could remember. Throughout the years I would write rhymes and freestyle to instrumentals. Just never took it serious. I realize I have a creative mind with a lot to say. My music is original and I write my own Lyrics, and produce a beat here and there.
People only take you as serious as you take yourself. We all have a different story to tell. I make music everyone can all relate to no matter what your story is. I always keep it 100 and stand by everything I say. I keep it Non Typikal, bar by bar. (meaning slightly different) The vibe I bring wherever I go..
People call me D-Ranged because im slightly off the wall. If you knew me you would see. A little unstable in my mind but I maintain. My Music has a positive influence if you listen deep. I reverse my thoughts because I dont want people thinking everything is negative. Hope you feel this music, if so, stay tuned this is only the beginning. Wont stop until my heart stops. Keep it real. God Bless. Non-Typikal till I Die!!!

BROCKTON, Mass. (AP) — Reality TV star Benzino was injured after being shot by his nephew on a Massachusetts highway Saturday while riding in a funeral procession for a family member, according authorities and Benzino’s hip-hop magazine.

Benzino, whose real name is Raymond Scott, is a cast member of the VH1 reality show “Love & Hip Hop: Atlanta” and CEO of Hip-Hop Weekly. The magazine confirmed on its website Saturday night that Benzino had been shot.

The 48-year-old Benzino was traveling on Route 3 south of Boston just before noon when 36-year-old Gai Scottpulled alongside and fired several shots into a red SUV driven by Benzino, the Plymouth County District Attorney’s Office said in a statement. Officials say there had been growing tension between the two.

Benzino, of Mansfield, Mass., got out of the SUV after being struck and was taken by a passerby to theDuxbury Police Department and then transferred to a hospital.

Hip-Hop Weekly said he was shot in an arm, and his back was grazed by a bullet. 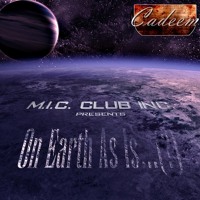 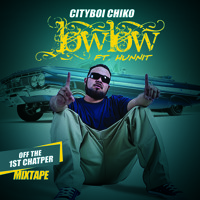